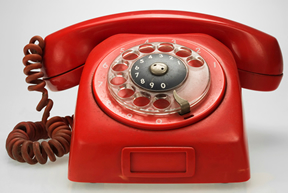 'Uncle Omar' was arrested for DUI after he hit a cop car. Thre is also a federal Immigration and Customs Enforcement warrant for his arrest. I wonder if he will get off like President Obama's Aunt Zeituni Onyango.

A number of media outlets have already reported that an illegal immigrant from Kenya by the name of Onyango Obama, 67, was arrested last week on Wednesday after he rammed his SUV into a police car in Framingham, Massachusetts.

He was later charged with DUI among other violations. I spoke to Framingham Public Information Officer Lieutenant Delaney who told me that when Onyango Obama was asked at booking if he wanted to make a telephone call to arrange for bail, the Kenyan immigrant replied: "I think I will call the White House."

It should be noted that the Times of London, highlighted an Onyango Obama during the 2008 presidential campaign, when the British daily found President Barack Obama's “Aunt Zeituni” living in Boston illegally.:

"Hello? White House? Yes this is Uncle Omar-- put me through to Little Barry....."