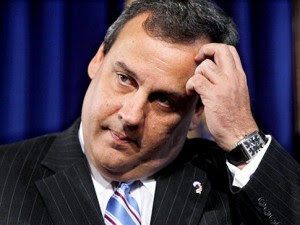 Anthropogenic climate change skepticism isn't the only thing Gov. Christie is losing. Any presidential ambitions he ever harbored just went up in smoke.


TRENTON — In case anyone had any doubts on where Gov. Chris Christie stands on climate change, he made his position crystal clear this afternoon: It’s real and it’s a problem.

In vetoing a bill (S2946) that would have required New Jersey to stay in a regional program intended to curb greenhouse gases — a program Christie plans to leave by the end of the year — the governor said “climate change is real.”

He added that “human activity plays a role in these changes” and that climate change is “impacting our state.”

Christie’s words are his strongest to date in regards to climate change, a hot-button issue among the same conservatives nationwide who are clamoring for the governor to enter the 2012 presidential race.

Christie’s come full circle on the issue. Last year, he told a town hall audience in Toms River he was skeptical climate change is the result of human activity. He backed off those comments at a conference of environmentalists in May and agreed to meet with climate scientists for a lesson in global warming.

I don't understand this article-- first it says that Gov. Christie VETOED a bill REQUIRING that New Jersey stays in a regional program intended to curb "greenhouse gases", then describing that as "losing skepticism"-- huh? If he vetoes it, doesn't that mean that NJ will NO LONGER participate in the regional "greenhouse gas reducing" plan?