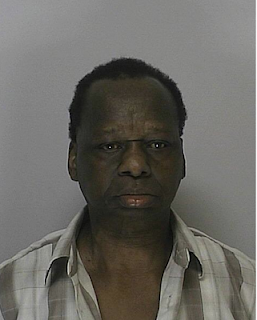 What? No beer summit with his long lost uncle?


The White House also did not respond to a request for comment.

Zeituni and Obama Onyango are brother and sister, Rogers told the Herald today.

The two are the children of the president’s grandfather, Hussein Onyango Obama, and his third wife, Sarah, according to the London Times.

The Times also reported that Obama Onyango is the man referred to as “Uncle Omar” in the president’s 1995 book, “Dreams from My Father.” In the book, President Obama writes about his Uncle Omar as “the uncle who had left for America 25 years ago and had never come back.”

Sounds like a PERFECT name for a band too: The Illegal Uncles

Not only is the White House silent, but the MSM is followering in lockstep. Personally, I think Barack is ashame of his father's side of the family! Just the thoughts of an ole country boy.

This post is great, Bluegrass! I also did a post last month about this: Obama Goes To Jail! Keep up the great work!