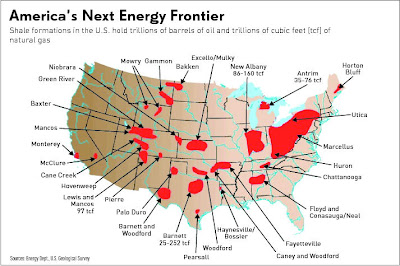 Rep. Michele Bachmann has a point. If you consider all sources, the U.S does have more energy reserves than Saudi Arabia. Some require technology improvements, but many have been locked away by overzealous environmental policies.


(The Blaze/AP) — Republican presidential candidate Michele Bachmann claimed Saturday that the United States has more fuel resources than any other country, but blamed what she termed “radical environmentalists” for bottling up American energy policy. . . .

“The United States is the number one country in the world for energy resources,” the Minnesota congresswoman told a central Florida town hall meeting, arguing that in shale deposits alone the U.S. easily outstrips the total oil supply of Saudi Arabia. “That doesn’t even include. . . all the oil in Alaska.”

But Bachmann said environmentalists were preventing resources from being exploited, leaving the U.S. dependent on energy imports....

“The radical environmentalists have demanded that we lock up all our energy resources,” she added. “President Bachmann will take that key out of the door. I will unlock it.”