Social Security’s disability program will be insolvent by 2017 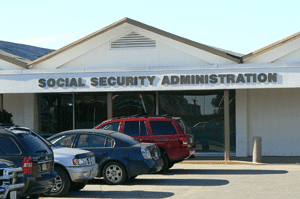 Apparently, many laid-off workers have given up on finding a job and are trying to 'get a check' from the government. This is the inevitable result of our entitlement society. It is only going to get worse in the future unless dramatic and painful steps are taken to reverse course.

Applications are up nearly 50 percent over a decade ago as people with disabilities lose their jobs and can’t find new ones in an economy that has shed nearly 7 million jobs.

The stampede for benefits is adding to a growing backlog of applicants — many wait two years or more before their cases are resolved — and worsening the financial problems of a program that’s been running in the red for years.

New congressional estimates say the trust fund that supports Social Security disability will run out of money by 2017, leaving the program unable to pay full benefits, unless Congress acts. About two decades later, Social Security’s much larger retirement fund is projected to run dry as well.

If we can get our government to make decisions and stop procrastinating maybe we can reach a solution by working together.