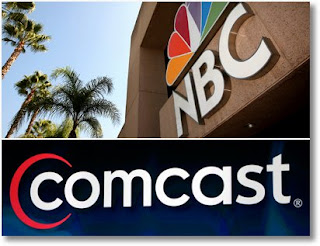 If you guessed MSNBC's parent company Comcast, you are correct.


(ABC News) — Employees of media giant Comcast have contributed more money to President Obama’s reelection bid than employees from any other organization, according to a new analysis of Federal Election Commission data by the Center for Responsive Politics.

Comcast employees contributed nearly $80,000 directly to Obama for America and roughly $200,000 to the Obama Victory Fund, a joint account benefitting both the Obama campaign and Democratic National Committee, through the first half of 2011 records show.

Comcast, the nation’s largest video and internet services provider, is the parent company of NBCUniversal, which owns broadcast networks NBC and Telemundo among other assets.

President Obama has recently spent time with top Comcast executives, attending an intimate fundraiser at the home of Comcast executive vice president David Cohen in Philadelphia in June and a private “social reception” at the Martha’s Vineyard estate of Comcast CEO Brian Roberts earlier this week.