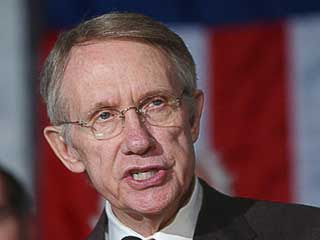 Democrats are planning to "go it alone" on health care reform, but they have serious problems with moderates to resolve within the Democratic Party.


Top Democrats said Tuesday that their go-it-alone view was being shaped by what they saw as Republicans’ purposely strident tone against health care legislation during this month’s Congressional recess, as well as remarks by leading Republicans that current proposals were flawed beyond repair.

Rahm Emanuel, the White House chief of staff, said the heated opposition was evidence that Republicans had made a political calculation to draw a line against any health care changes, the latest in a string of major administration proposals that Republicans have opposed. …

The Democratic shift may not make producing a final bill much easier. The party must still reconcile the views of moderate and conservative Democrats worried about the cost and scope of the legislation with those of more liberal lawmakers determined to win a government-run insurance option to compete with private insurers.

Democrats are hinting they will use "reconciliation" to pass health care reform.

Senators need 60 votes to break a filibuster, however, under what’s called a budget reconciliation, with the budget reconciliation, which would apply to the 2010 budget, the Senate could pass health care reform legislation with only 51 votes. Reconciliation differs from a ‘nuclear option,’ another term that has been talked about recently. The nuclear option referred to attempting to get through judicial nominees against a filibuster. The reconciliation is another strategy that Democrats could use based upon the 2010 budget.

Don't fall for this threat. This is a bluff. The Senate is an an institution governed by archaic rules and traditions. "Reconciliation" is only allowed for budget bills. The Senate parliamentarian would have to declare Obamacare a budget bill, which it clearly isn't. Even if the Democrats could move forward with the "reconciliation" option, they won't. Republicans can use the archaic Senate rules to grind the Senate to a halt.

However, if they do manage to get past that obstacle, the Republicans can shut down the Senate for the next year. Those unfamiliar with the parliamentary procedure may not realize that a great many steps get skipped by unanimous consent. Bill-reading is just one example. One Senator can force each and every bill to be read aloud at every appearance it makes on the Senate floor, including when they are sent to committee. For ObamaCare and cap-and-trade, one bill reading could take a week, keeping the Senate floor locked off from any other business.

Traditionally, Senators give each other the courtesy of unanimous consent to allow business to proceed at a normal pace. If the Democrats try to force ObamaCare through reconciliation, that unanimous consent will dissipate faster than an Obama expiration date. It won’t take the entire Republican caucus to gum up the works, either; it only takes a single objection to end unanimous consent, and the GOP has more than a couple of conservative firebrands who will gladly toss sand in the gears to stop Harry Reid from steamrolling them.

Why can't just those why pay taxes get health benefits...how b'out that Obama and the rest of the health care reform starters??? NO seriously, this I could be in favor of, but not just letting any old person that comes to America, even the illegal’s to get health care and our taxes go up the roof???? No, sure, I will cont. to fight this...