Does the released Lockerbie bomber really have less than three months to live? 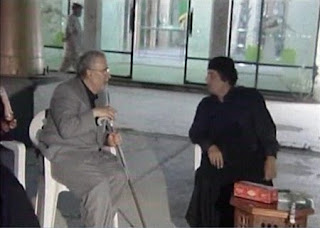 Does the released Lockerbie bomber really have less than three months to live? The answer isn't clear. Apparently only one doctor would certify that diagnosis and he may have been working for the Libyans. Labour and Conservative politicians,along with the families of the Lockerbie victims, are demanding answers. Scottish government officials are stonewalling.


JUSTICE secretary Kenny MacAskill was last night under pressure to reveal more details of the medical evidence that led to the release of the Lockerbie bomber, after it emerged that only one doctor was willing to say Abdelbaset Ali Mohmed al-Megrahi had less than three months to live.

Labour and Conservative politicians have demanded the Scottish Government publish details of the doctor's expertise and qualifications, amid suggestions he or she may not have been a prostate cancer expert.

The parties have also raised questions over whether the doctor was employed by the Libyan government or Megrahi's legal team, which could have influenced the judgment.

According to the report that was the basis of the decision,

And suggestions that the doctor who gave the prognosis may have been employed by the Libyan government emerged in the report's notes. It said that a professor from Libya had been involved in Megrahi's care and the medical officer who wrote the report had been "working with clinicians from Libya over the past ten months".

Wow this is SuperFail. He killed how many people??

And they let him walk because of a statement by an unnamed doctor?

Didn't they think to, maybe, have their own doctor look into it?

This is bottom rung stupidity