Seniors will have to give up some Medicare benefits for Obamacare to work? 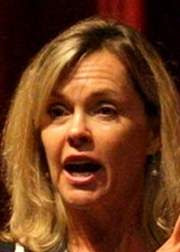 Seniors will have to give up some Medicare benefits for Obamacare to work? That is what Democratic Representative Betsy Markey of Colorado has said repeatedly during the August break.

Some people, including Medicare recipients, will have to give up some current benefits to truly reform the nation's health-care system, Rep. Betsy Markey told a gathering of constituents in Fort Collins on Wednesday.
Advertisement

Markey has repeatedly said during the August congressional recess that Medicare spending needs to be reined in to help pay for reforming the broader health-care system.

"There's going to be some people who are going to have to give up some things, honestly, for all of this to work," Markey said at a Congress on Your Corner event at CSU. "But we have to do this because we're Americans."

From the size of this crowd outside Rep. Markey's office, I am not sure she is in tune with her constituents.

Email ThisBlogThis!Share to TwitterShare to FacebookShare to Pinterest
Labels: benefits, Betsy Markey, give up, Medicare, obamacare