What is Team Obama's Plan for ObamaCare Now? 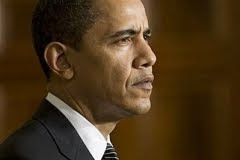 Democratic Representatives are getting thrashed at health care town halls during the August break. The tide of public opinion has turned against the current Democratic bills before Congress. The Democratic Party base exploded at the possibility of a compromise. The only option the administration may have left is to follow James Carville's advice and go down fighting.

Put a bill out there, make them filibuster it. Make them be what they are — the party of no. Look, we spend — the truth of the matter is, we spend about $8,000 per person in the United States on health care. The second — the country that seconds the second most is Switzerland, they spend $4,000. That means you have got $4,000 per person more that we spend on health care, that is $1.2 trillion, 4,000 times 300 million. And you know what? Run on it. A lot of people — and we're not producing any kind of results that double that money provides. Let them kill it. Let them kill it with the interest group money, then run against them. That's what we ought to do.

Let them pass it ... then the roof will blow off.

Whatever he gets, we'll hear about his victory forever. We'll hear how he fundamentally changed mean old America into a more kind and gentler America.