"Drill, baby, drill," as long as it's Brazil 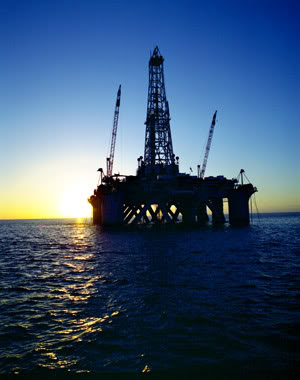 President Obama opposes drilling for oil in the US. However, he is willing to loan billions to Brazil for offshore drilling. Perhaps the fact Obama's friend George Soros will make money off the deal helped change his opinion.

The Obama administration is financing offshore drilling off the coast of Brazil. According to the Wall Street Journal,

The U.S. is going to lend billions of dollars to Brazil's state-owned oil company, Petrobras, to finance exploration of the huge offshore discovery in Brazil's Tupi oil field in the Santos Basin near Rio de Janeiro. Brazil's planning minister confirmed that White House National Security Adviser James Jones met this month with Brazilian officials to talk about the loan.

Here’s the real deal with the real facts, as reported by the Export-Import Bank, the govenrmental agency handling this transacton:

“Charge: The U.S. government is giving away more than $2 billion in taxpayer dollars to Brazil’s largest oil and gas company to drill for oil in Brazil.

Fact: The Bank has approved a preliminary commitment to lend up to $2 billion to Petrobras for the purchase of American-made goods and services. The funds will go to American exporters as payment for their sales to the company. Of note, the Bank is self-sustaining and no taxpayer dollars are involved.

Charge: The loans to Petrobras represent a giveaway of U.S. tax dollars.

Fact: The Bank’s activities do not cost the American taxpayer a dime. In fact, since 1992 the American people netted more than $4.9 billion and the jobs those exports created.

Charge: America is exporting jobs to Brazil as a result of the loans.

Fact: Only American made goods and services qualify for Ex-Im Bank loans or guarantees. This is the government doing what it’s supposed to do – helping to create U.S. jobs, making sure that Americans get a fair shot at selling goods and services, and helping American workers compete on a level playing field against foreign competition.”

This loan, if it goes through, DOES provide jobs to Americans. All the money goes to AMERICAN businesses to goods and services provided to Petrobras.

Diogenes,
Thanks for the information. That's good to know. But, I still think that we should be drilling off coast of U.S. also.