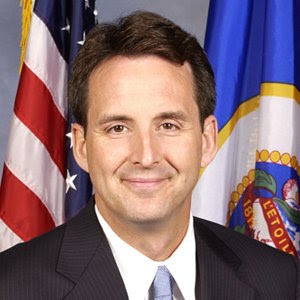 Minnesota GOP Gov. Tim Pawlenty gave a great speech on Republican resurgence at the GOPAC convention last Friday. Here are some of his great lines.

“It appears that President Obama is making great progress on climate change, he is changing the political climate in the country back to Republican,”

“He went around the country last fall promising ‘change we can believe in,’ but now we see it’s about changing what we believe in,”

“The only thing growing faster than the federal deficit and debt is Chris Matthews’ man crush on Obama,”

Pawlenty, who became vice chairman of the Republican Governors Association following South Carolina Gov. Mark Sanford’s resignation as the group’s chair, projected GOP wins this fall in the Virginia and New Jersey gubernatorial races and anticipated those victories would spring board the party to success in 2010.