Rathergate Update: Bush Did Volunteer To Go To Vietnam And Mapes Knew 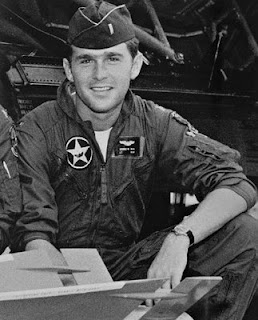 Do you remember when Dan Rather and his producer Mary Mapes put a story on the weekday edition of 60 Minutes using "fake but accurate" TANG documents to try to destroy George W. Bush and get John Kerry elected President? A part of that story was "Did George W. Bush volunteer to go to Vietnam?" Information buried in the independent panel's investigative report indicates he did and Mary Mapes knew it.

Until now, the controversy over the Rather/Mapes story has centered almost entirely on one issue: the legitimacy of the documents – a very important issue, indeed. But it turns out that there was another very important issue, one that goes to the very heart of what the story was about – and one that has gone virtually unnoticed. This is it: Mary Mapes knew before she put the story on the air that George W. Bush, the alleged slacker, had in fact volunteered to go to Vietnam.

Who says? The outside panel CBS brought into to get to the bottom of the so-called “Rathergate” mess says. I recently re-examined the panel’s report after a source, Deep Throat style, told me to “Go to page 130.” When I did, here’s the startling piece of information I found:

Mapes had information prior to the airing of the September 8 [2004] Segment that President Bush, while in the TexANG [Texas Air National Guard] did volunteer for service in Vietnam but was turned down in favor of more experienced pilots. For example, a flight instructor who served in the TexANG with Lieutenant Bush advised Mapes in 1999 that Lieutenant Bush “did want to go to Vietnam but others went first.” Similarly, several others advised Mapes in 1999, and again in 2004 before September 8, that Lieutenant Bush had volunteered to go to Vietnam but did not have enough flight hours to qualify.