Is it Constitutional for President Obama and the Democrats to force you to buy health insurance? 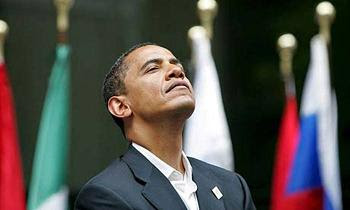 With all the other issues surrounding Obamacare, there has been very little discussion of this question. Where in the Constitution does it give President Obama and Congress the power to force Americans to buy health insurance?

Although the Supreme Court has interpreted Congress’s commerce power expansively, this type of mandate would not pass muster even under the most aggressive commerce clause cases. In Wickard v. Filburn (1942), the court upheld a federal law regulating the national wheat markets. The law was drawn so broadly that wheat grown for consumption on individual farms also was regulated. Even though this rule reached purely local (rather than interstate) activity, the court reasoned that the consumption of homegrown wheat by individual farms would, in the aggregate, have a substantial economic effect on interstate commerce, and so was within Congress’s reach.

The court reaffirmed this rationale in 2005 in Gonzales v. Raich, when it validated Congress’s authority to regulate the home cultivation of marijuana for personal use. In doing so, however, the justices emphasized that — as in the wheat case — “the activities regulated by the [Controlled Substances Act] are quintessentially economic.” That simply would not be true with regard to an individual health insurance mandate.

The otherwise uninsured would be required to buy coverage, not because they were even tangentially engaged in the “production, distribution or consumption of commodities,” but for no other reason than that people without health insurance exist. The federal government does not have the power to regulate Americans simply because they are there. Significantly, in two key cases, United States v. Lopez (1995) and United States v. Morrison (2000), the Supreme Court specifically rejected the proposition that the commerce clause allowed Congress to regulate noneconomic activities merely because, through a chain of causal effects, they might have an economic impact. These decisions reflect judicial recognition that the commerce clause is not infinitely elastic and that, by enumerating its powers, the framers denied Congress the type of general police power that is freely exercised by the states.

Wow, what a surprise to have a legal opinion piece by lawyers who worked for Reagan and Daddy Bush. Luckily, they're not the ony lawyers in Washington and they're sure as hell not on the bench, so their opinion is.... their opinion.