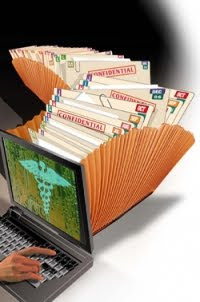 Remember what happened to Joe Wurzelbacher, better known as "Joe the Plumber," after he asked candidate Barack Obama a tough question? Obama supporters in the Ohio state government searched his records and leaked embarrassing details to the press. Do you want this to be possible with your private medical records?

From the Washington Times:

Privacy rights are under threat in the House's government health care plan. While plowing through the more than 1,000-page Democratic House bill, Declan McCullagh of CBS News uncovered provisions that would allow startling privacy intrusions. The innermost secrets of people's personal lives would be made available to thousands of government bureaucrats.

Section 431(a) requires the Internal Revenue Service to give detailed taxpayer information to the new health choices commissioner and state health programs.

The Social Security Administration also could obtain whatever individual income-tax information it deemed relevant to determine people's eligibility for a "low-income prescription drug subsidy" even if the individual had not applied for it.