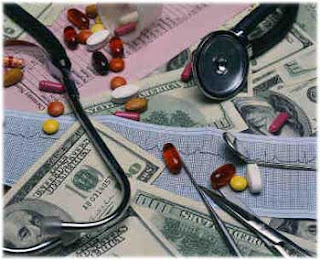 According to Rasmussen, only fifty-four percent (54%) would prefer no health care reform to passage of the Democrats current bills in Congress.

Thirty-five percent (35%) of American voters say passage of the bill currently working its way through Congress would be better than not passing any health care reform legislation this year. However, a new Rasmussen Reports national telephone survey finds that most voters (54%) say no health care reform passed by Congress this year would be the better option.

Of course don't forget to mention that the Rassmussen poll is the best poll that Republican money can buy.

Rasmussen Reports is an American Conservative public opinion polling firm. Founded by pollster Scott Rasmussen
Democratic Party activists have pointed out that Scott Rasmussen was a paid consultant for the 2004 George W. Bush campaign. Rasmussen presidential polling numbers tend to be an outlier among samples taken from other polling organizations. Others have pointed out that the reason Rasmussen's polls trend more Republican than other mainstream polls is simply that he samples likely voters. John Marshal of Talking Points Memo has said, "The toplines tend to be a bit toward the Republican side of the spectrum, compared to the average of other polls. But if you factor that in they're pretty reliable. And the frequency that Rasmussen is able to turn them around — because they're based on robocalls — gives them added value in terms of teasing out trends." MSNBC does not use Rasmussen polls. Conversely, conservative media frequently refers to Rasmussen, praising them for being the first to ask about a relevant issue or to ask questions that other pollsters do not.

"Of course don't forget to mention that the Rassmussen poll is the best poll that Republican money can buy."

You forgot to mention Rasmussen was the most accurate pollster from 2008. Likely voters are the one that count during elections.