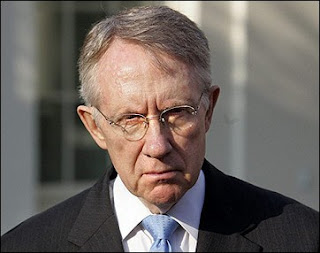 The last time Harry Reid called someone evil, they were terrorists. Now, he is applying the term to Americans exercising their rights.

Reid coined the term in a speech to an energy conference in Las Vegas this week and repeated it in an interview with Politics Daily.

Such "evil-mongers" are using "lies, innuendo and rumor," to drown out rational debate, Reid said.

Who you gonna believe your own eyes, or the words of a land swindler.