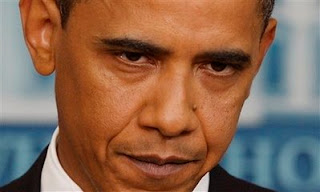 President Obama and Democrats in Congress have spoken in favor of a single-payer health insurance system. They deny that is their goal with the current health care reform legislation. However, the current bills in Congress would eventually force everyone into a "public option plan." How would that occur? First, they make if advantageous for private companies to get out of the health insurance business. Second, they plan rules that will likely bankrupt private health insurers.

That part about pre-existing conditions gives the game away. Health insurance companies refuse to cover pre-existing conditions for the same reason that you can't insure your automobile after you crash it. Insurance is a form of financing for the unexpected and unpredictable. It is not a mechanism to force somebody else to pick up the tab for expenses you have already incurred.

Do the Democrats even understand what insurance is? Over at Mother Jones, Kevin Drum muses that "Health insurance is a weird industry…. They don't do research, they don't perform surgeries, they don't change bedpans, and they don't make diagnoses. They're just middlemen. All they do is pay the bills…. But for some reason we're supposed to care about whether they continue to exist or not."

If people could insure their automobiles after they crashed them, wouldn't that bankrupt auto insurance companies? Of course it would. The same thing is true for health insurance companies. The public option plan won't have to worry about bankruptcy. Your taxes will be raised to support it.
Posted by Bluegrass Pundit at 6:08:00 AM

...but Linda Douglas said that stuff was said out of context. Surely an Obamabot wouldn't lie to us would they?